RSA Geotechnics were required to drill four cable percussion boreholes to provide information for the proposed refurbishment of two jetties situated on the north bank of the River Thames near the town of Grays.  The jetties were for berthing of ships containing various fuels which were piped to a tank farm approximately 0.5 km inland.

The jetties extended out from the northern shore and were approximately 200 m long.  The boreholes were located on the upstream and downstream breasting dolphins of each jetty.  Given the restricted access to the borehole positions a specialist demountable ‘cut-down’ rig was used.  The rig was dismantled prior to being transported along the each jetty and then reassembled at the borehole positions.  Prior to undertaking the cable percussion drilling the approximately 2 m thick concrete deck was cored through (250 mm diameter) to provide an opening through which the boreholes could be drilled.  The drill casing was then lowered through the core hole and to the seabed to allow drilling to proceed.  Four 50 m deep boreholes were drilled.

The site works were carried out in accordance with the strict health and safety requirements of the Client and the Port of London Authority. 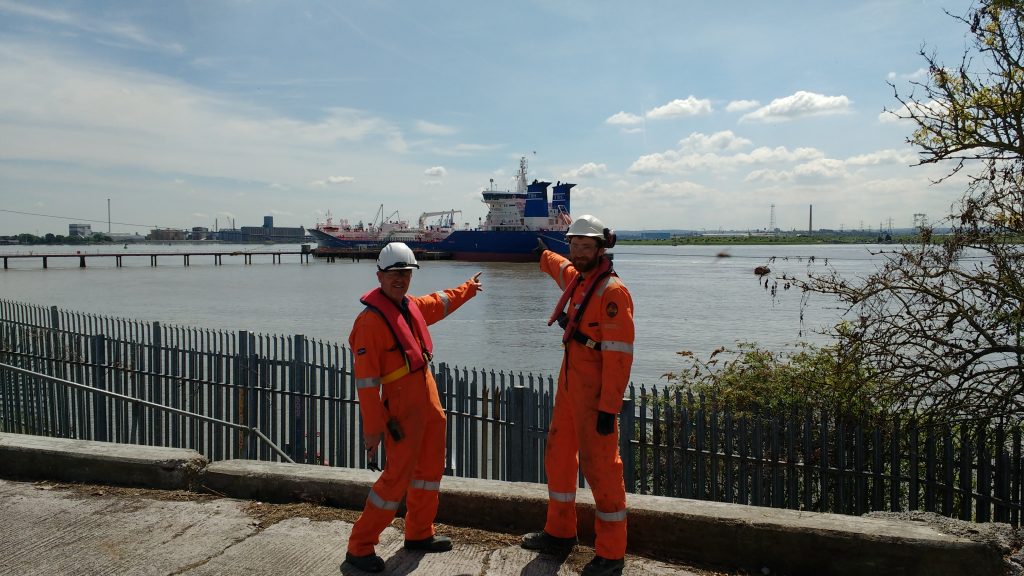